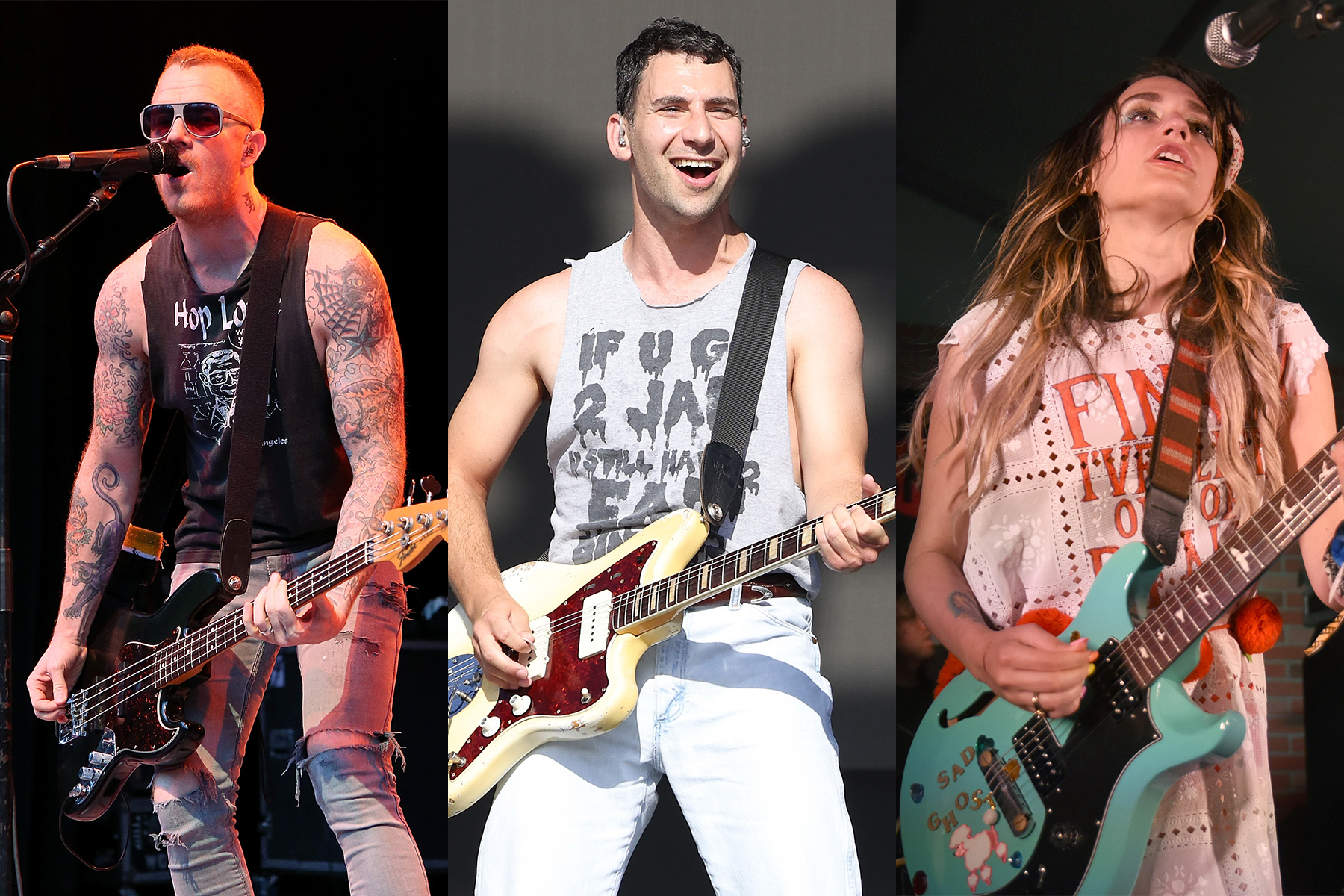 HitPiece, a new website trying to position itself as the place to buy music NFTs, has temporarily shuttered its digital doors after a flurry of outrage from artists and labels, who claimed the marketplace was selling their music without permission.

The uproar began Tuesday evening, Feb. 1, especially among independent musicians who realized their songs were being auctioned off on the website. Frustrated social media posts came in from artists like Eve 6, Deerhoof, Sadie Dupuis (of Speedy Ortiz and Sad13), and even Jack Antonoff.

“Any Bleachers NFTs are fake,” Antonoff said. “At the moment I do not believe in NFTs so anything you see associated with me isn’t real.”

any bleachers NFTs are fake. at the moment i do not believe in NFTs so anything you see associated with me isn’t real. and thanks to M for sending me this bullshit 🙂 i’m on one today!

As news and outrage spread, HitPiece was eventually forced to issue an apology (of sorts) and their website has since gone dark, save for a seven-word masterclass in cancellation avoidance: “We started the conversation and we’re listening.”

HitPiece expanded a bit more in a note shared on social media, writing, “Clearly we have struck a nerve and are very eager to create the ideal experience for music fans. To be clear, artists get paid when digital goods are sold on HitPiece. Like all beta products, we are continuing to listen to all user feedback and are committed to evolving the product to fit the needs of the artists, labels, and fans alike.”

In a response to that note, Deerhoof tweeted, “They steal your music, auction NFTs of it on their site, and when they get caught they say don’t worry you ‘get paid.’ I get that corporate types are simply greedy and cruel on principle but what kind of mind could even imagine that doubletalk like this could somehow make it OK?”

HitPiece was co-founded by Rory Felton, a tech entrepreneur who also has a background in music, having helped form the indie label, the Militia Group, in the late Nineties. Per LinkedIn, HitPiece’s core team also includes the Utah-based venture capitalist Blake Modersitzki and Michael Berrin — better known as MC Serch from the Nineties hip-hop group 3rd Bass. All three did not immediately return Rolling Stone’s request for comment.

Because HitPiece is so new, not much information about the company is available. There’s the website’s old FAQ page, which is snapshotted for posterity on Archive.org, as well as an interview Felton gave earlier this year to the podcast, Business Builders – Boise Edition. In that interview, Felton said the beta version of HitPiece was built over the past year and a half, the company had just raised $5 million in funding, and their aim was to offer up one-of-one NFTs “for every song in the world.”

Indeed, the site — before it shut down — appeared stunningly comprehensive, boasting songs by major artists like John Lennon and BTS, with photos and album artwork to match. As to how it all got there, Felton confirmed that HitPiece was built on top of Spotify’s own application programming interface. (Like many other tech companies and brands, most of Spotify’s API is public and available for other developers to use.)

But the key question at the center of this debacle was: What exactly was HitPiece trying to sell?

Alex Ruden­shiold, guitarist for metal band Infant Island and a graduate student studying internet culture at the University of Virginia, tells Rolling Stone in an email that, despite all the uproar over HitPiece, “this particular grift doesn’t really affect artists in that HitPiece wasn’t even selling files of the songs — just the receipt of purchase to the general idea of them.”

That theory seems to comport with the way Felton framed the project in his Business Builders interview. He described the NFTs as “trading cards for songs,” adding: “You start to collect your favorite songs and build your ‘HitList,’” he said. “And the idea is you get to show off to your friends or people around the world that you own the greatest HitList you can create of all your favorite songs.”

But just because HitPiece wasn’t trying to sell actual songs doesn’t mean artists had no right to be upset about their work being sold in some capacity on the site. “It’s still copyright infringement,” Ruden­shiold adds. “It’s re-commodifying the metadata (art, song and album titles, etc.) to make money without permission.”

To that end, HitPiece has claimed artists would be paid whenever their work is sold on the platform. “Artists get royalties from not only the initial auction, but also every time [the NFT is] traded,” Felton told Business Builders. “So it becomes a perpetual revenue stream for artists and rights holders that’s really cool… The way our smart contracts are written is, the money is always accredited to the rights holder’s account and it’s absolutely our aim for them to always get paid. It’s the mission of the company to help artists create a billion dollars and I think we can get there in a few years.”

But some artists are skeptical of that claim. Max Collins, the outspoken Eve 6 frontman and artist’s rights advocate, told Rolling Stone the company’s stated goal was “so preposterous I can’t even dignify it with a response.” Ruden­shiold said the claim sounded like a PR gambit aimed at attracting buyers who might think they’re genuinely helping musicians and songwriters.

“These sorts of sites are usually nebulous pump-and-dump schemes, and in this case I’m willing to bet that the ‘dump’ would have included artists on the shit end of the stick,” he continues. “HitPiece also insinuated in their FAQs that buying HitPiece tokens would give their buyers ‘access and experiences’ — how they planned to facilitate that without talking to artists who ostensibly would have been providing that, is beyond me — and the vagueness probably speaks to just how much they planned to rip everyone off.”

Despite the claims about paying artists, it was unclear how HitPiece even planned to get money into the pockets of musicians, especially those who’d only learned about the site last night. Whether any artists or labels have inked contracts with the company is unclear as well, although Felton previously claimed HitPiece was working on deals with “big, big artists” and “big, big companies” — he just couldn’t mention any yet.

Collins says he’s still confounded by the whole situation. He admits he first thought HitPiece was some harebrained scheme concocted by a music industry outsider, but was shocked to discover Felton was behind it. As it turns out, Felton’s label, the Militia Group, had signed Collins’ brother’s band, Controlling the Famous, back in the mid-2000s.

“The way I see it there are two possibilities here,” Collins says. “One is that he’s crazy and stupid (or both). The other is that this is all intentional controversy. That it’s marketing. That he has real money behind him and that this is a way to draw attention to the site. They’ve taken it down for now but I’m sure it’ll be back up. This guy has been in the music business for a long time. It is really difficult for me to believe he didn’t know what he was doing.”