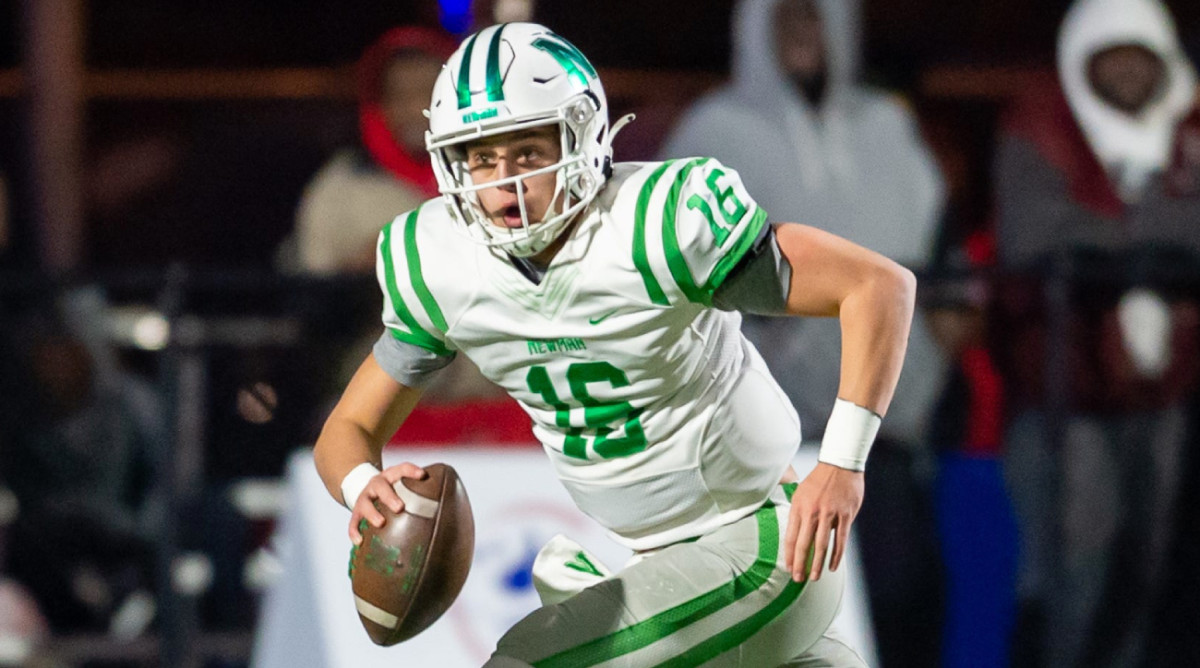 Arch Manning is done with the visit portion of the recruiting process—at least for now.

For the first time since he became the most famous high school football player in America, there are no tangible college visit plans ahead for the New Orleans (La.) Isidore Newman star. Of course, his family’s annual camp, the Manning Passing Academy, is set to take place between June 23-26 in Thibodeaux, La., but there are no traditional visits on the schedule.

Manning has been busy on the trail over the last three weekends in June with Georgia (June 3-5), Alabama (June 10-12) and Texas (June 17-19) to wrap up the official visit slate. Technically, he can take up to two more official visits between now and the end of the recruiting cycle, though few expect him to use the allotted trips.

LSU did host him for a 7-on-7 camp, and Florida has been mentioned previously as a potential unofficial visit destination, especially with new coach Billy Napier’s time and connections in the state of Louisiana, though confirmed dates have yet to surface on any recruiting trips for the Manning camp moving forward.

That fact begs the question: Is Manning closing in on a verbal commitment?

The camp has long admitted that the most tracked recruitment could leak into college football’s regular season, perhaps because of the desire to see 2022 offenses in action to further help with splitting hairs between the finalists for Manning. Other schools of thought on an extended timeline include simply allowing for as much time as possible ahead of such a critical decision (there isn’t a school that will rush Manning’s decision and/or pull the verbal scholarship offer).

On the other hand, the lack of visits or additional contending programs building buzz beyond the perceived top three could hint at an accelerated timeline. Manning has seen the trio of finalists at least three times as a major recruit, including for a game last fall along with the official visit swing through the month of June.

What questions could the Manning camp have left?

Going into the official visits, Manning admitted there were differences between the different coaching staffs, college towns (citing Athens as his favorite) along with the quarterback situations, academics and more in establishing the top contenders. Sports Illustrated sources have been steady on the desire of the recent trips being focused on the details of each program’s scheme, including legitimate X’s and O’s with play-callers.

The Longhorns have long-held buzz alongside Georgia, especially when Alabama took the commitment of fellow Louisiana quarterback Eli Holstein, but it kicked up a notch coming out of the weekend. SI sources indicate there is growing confidence from Steve Sarkisian’s coaching staff in their ability to ultimately land the top-ranked talent. One source hinted at the sport’s biggest domino dropping relatively soon in the process.

Then, on Sunday, Will Randle committed to Texas. Not only is Randle a teammate of Manning’s at Newman High, and his go-to pass-catcher since they were each about 11 years old, but folks on the ground in New Orleans consider the duo best friends. Most sources involved with the Manning recruitment willing to opine contend most of the goals they’ve shared around the teenager is trying to make his recruitment as conventional as possible. They urge him to spend time with friends, like Randle, instead of hitting college campuses at every opportunity.

To Texas’ credit, Jeff Banks and other assistant coaches have long recruited Randle independent of Manning. Their relationship and the duo visiting UT together when the tight end went public with his decision brings the confidence levels around Austin that much higher on the possibility of once again teaming up with Manning on the field.

There are elements of continuity in the Texas approach that plays independently compared to the other pitches Manning and his family have received, even beyond Randle making his commitment public and the duo’s off-field friendship.

The most glaring is the opportunity at Texas relative to a stable and already championship-worthy Georgia and Alabama. UT won five games a year ago, yet there is always a national buzz around the program’s ability to recruit at a high level despite uneven on-field success over each coaching staff to follow Mack Brown.

Sarkisian and his staff have also been all-in on Manning, tangibly, without any additional targets. Alabama already has a commitment and continues to court others, while Georgia was in a similar situation entering the New Year before some other top quarterbacks came off the board. There is no public record of Texas even offering another passer in the 2023 class.

There is little doubt that Manning potentially ending up at Texas has a sell on the short or long-term end of the coin. On the summer commitment front, Texas held the last visit, earned the pledge of his best friend and seemed to have trended behind the scenes for weeks. Should the process go into the fall, Manning will be able to see the potential progress of Sarkisian and quarterback coach A.J. Milwee in establishing a new starter (as far as we can tell) in top transfer Quinn Ewers.

Conversely, there is more known and tangible from the Georgia and Alabama fronts. Each returns its coach, coordinator and starting quarterback, so schematically there may not be much difference for Manning to evaluate as the season begins. There is also considerable talent behind each starter in Athens and Tuscaloosa, and no contending upperclassmen on scholarship at the QB position in Austin (and almost certainly a transfer portal decision waiting to be made between the loser of the Ewers/Hudson Card quarterback battle to boot).