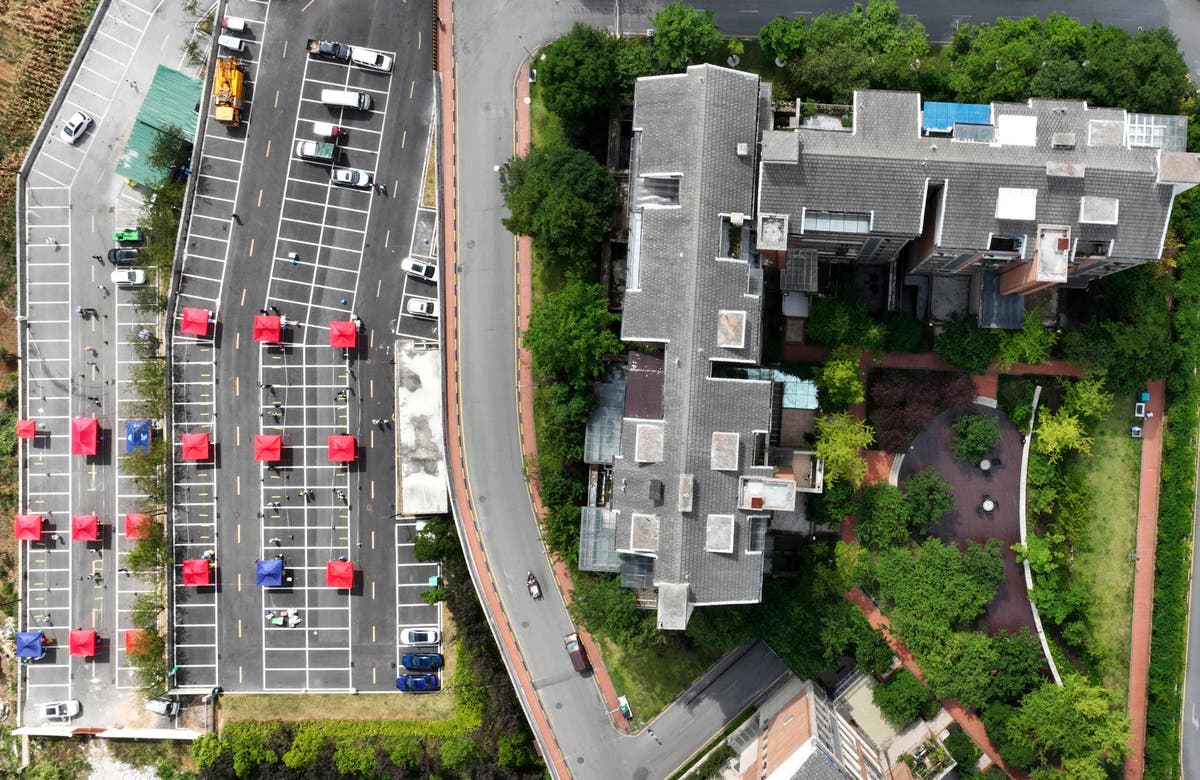 Livid citizens in China took to social media to show their ire after a bus carrying 47 people to a Covid-19 quarantine facility in the southwest Guizhou province crashed, killing 27 and injuring 20.

The bus overturned on a section of highway that leads from Guiyang to Libo — a county just south of Sandu — during the early hours of Sunday, making the crash the deadliest accident in China this year.

All the 20 injured were rushed to a nearby hospital for treatment, the government officials said.

The outpouring of anger comes as Beijing continues to implement the “unsustainable” zero-Covid policy, which aims at stubbing the coronavirus at every outbreak by placing millions under strict lockdowns.

The Guiyang and the wider Guizhou provinces have seen a rise in Covid-19 cases, however, only two people have reportedly died from the virus in Guizhou during the entire pandemic.

“All of us are on this bus,” said one user on the social media app WeChat.

“When will all of this stop?” asked another.

According to local reports, the victims were being transported for “Covid reasons” in a bus which was specifically designed for transporting people to and from quarantine facilities.

“We have not yet confirmed this,” an official at the Sandu publicity department told Reuters. “Please monitor official websites. If there are any updates on this we will announce any details promptly.”

The accident occurred at around 2.40am, the China Road Network monitoring service said in a now-deleted social media post.

Earlier on Saturday, Guizhou officials announced on WeChat that people who required to be in quarantine would “need to be transported to sister cities and states” due to limited capacity in Guiyang.

Social media users questioned why the people were being taken to a quarantine centre during the wee hours when nearly one hundred toll stations and major roads were shuttered in Guizhou because of Covid-19 restrictions.

Long-distance passenger journeys across the country are reportedly banned between 2 and 5am.

The crash quickly became the top trending topic on China’s Twitter-like platform Weibo on Sunday before shortly disappearing from the trending topics.

“What proof do you have that you won’t be on that bus at night someday?” read one popular post on Weibo.

Some of the widely shared critical posts were later removed from Weibo and WeChat.

Since the onset of the pandemic in 2020, people in China have taken to social media repeatedly to share their frustration and criticise the Communist government due to the unavailability of food and other essentials during lockdowns.

Last week, censors were ordered to flood social media with positive posts about the northwestern region of Xinjiang in an effort to muffle the barrage of food shortage complaints.