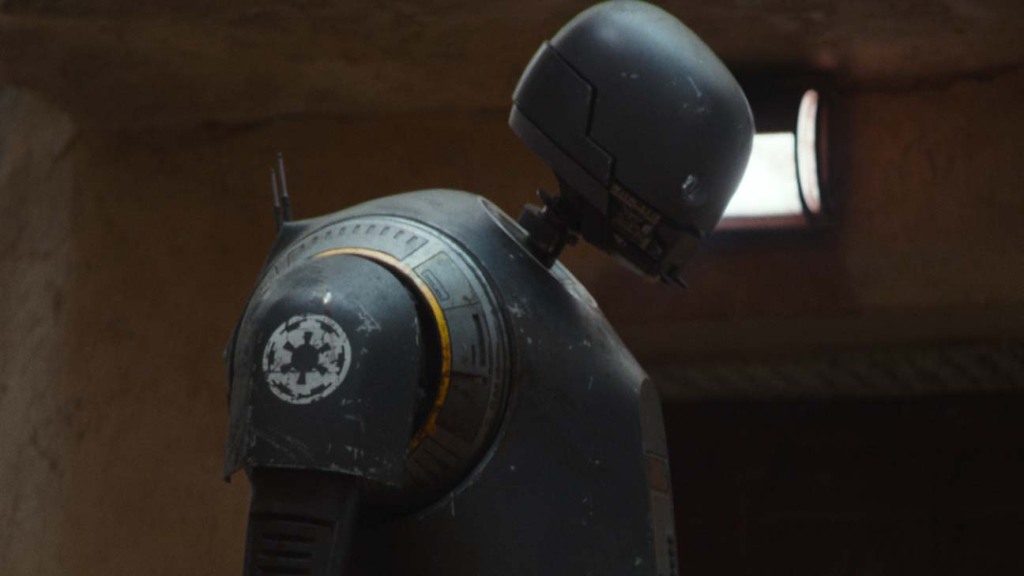 “From a storytelling point of view, there are multiple reasons,” head writer Tony Gilroy told critics at the Television Critics Association’s press tour on Wednesday. “I would say, ‘Wait and see.’ It’s a story we are eager to tell. It’s difficult to carry an Imperial droid around with you and not draw all kinds of attention. It’s a difficult piece of luggage. When we do it, we’ll do it in a spectacular fashion as opposed to presenting it and ignoring it, or presenting it or hiding it, or the bad versions we would have been forced to do.”

“We have five years [before the events in Rogue One],” star Diego Luna said. “If he knew K2 back then there would be no journey to go through.”

“We’re starting him so far away from the person who would know how to — or be motivated to — reprogram an Imperial droid,” Gilroy added.

Andor is is billed as “a new perspective from the Star Wars galaxy,” that focuses on “Cassian Andor’s journey to discover the difference he can make. The series brings forward the tale of the burgeoning rebellion against the Empire and how people and planets became involved. It’s an era filled with danger, deception and intrigue where Cassian will embark on the path that is destined to turn him into a rebel hero.” The series is set five years before the events in the film Rogue One.

The 12-episode series will launch with a three-episode premiere on Sept. 21.

Watch the trailer below.