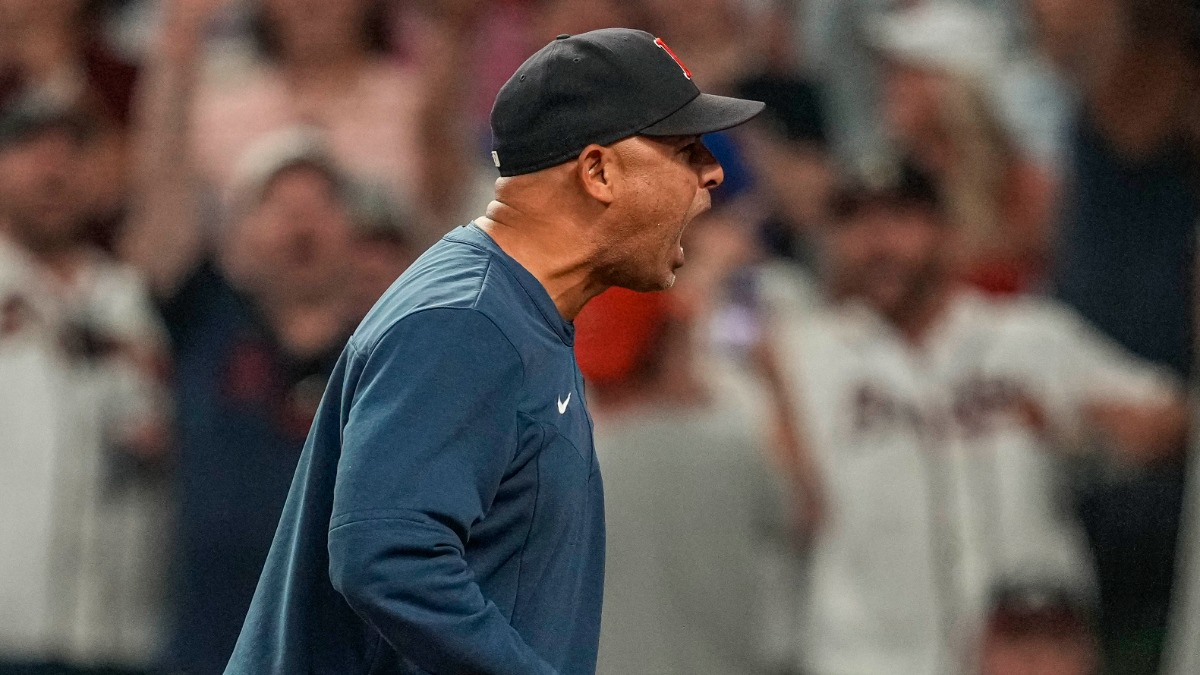 Wednesday was another frustrating night at the ballpark for Alex Cora and the Red Sox.

Boston couldn’t build off the momentum of its Tuesday night win despite building an early lead against the Braves. Atlanta eventually climbed back into the game and walked it off in the ninth inning.

Cora, however, wasn’t around to see the dramatic ending, nor was catcher Kevin Plawecki. The duo was ejected in the top of the sixth inning after arguing balls and strikes.

Plawecki went down looking at a pitch from Braves pitcher Collin McHugh, an offering Plawecki believed was below the strike zone. Home plate umpire Adam Beck disagreed, punching out Plawecki to end the inning. The catcher then slammed his helmet on the ground and offered a differing opinion before being sent to the showers.

Cora immediately sprung from the dugout to protect Plawecki, but it was too late, so Cora also got in on the argument leading to his own ejection.

“Right away, we didn’t agree. I tried to get there as soon as possible. I’m a slow player, and I’m a slower manager,” Cora explained to reporters in his postgame press conference, per MLB.com. “(Plawecki), he slammed the helmet and then he let him know and got thrown out.”

It’s Cora’s second ejection in the last week. He was run in the bottom of the third inning Saturday against the White Sox for arguing balls and strikes after Trevor Story was ejected. Cora admitted the team’s scuffling play was a factor Saturday, but Wednesday night was more about having Plawecki’s back.