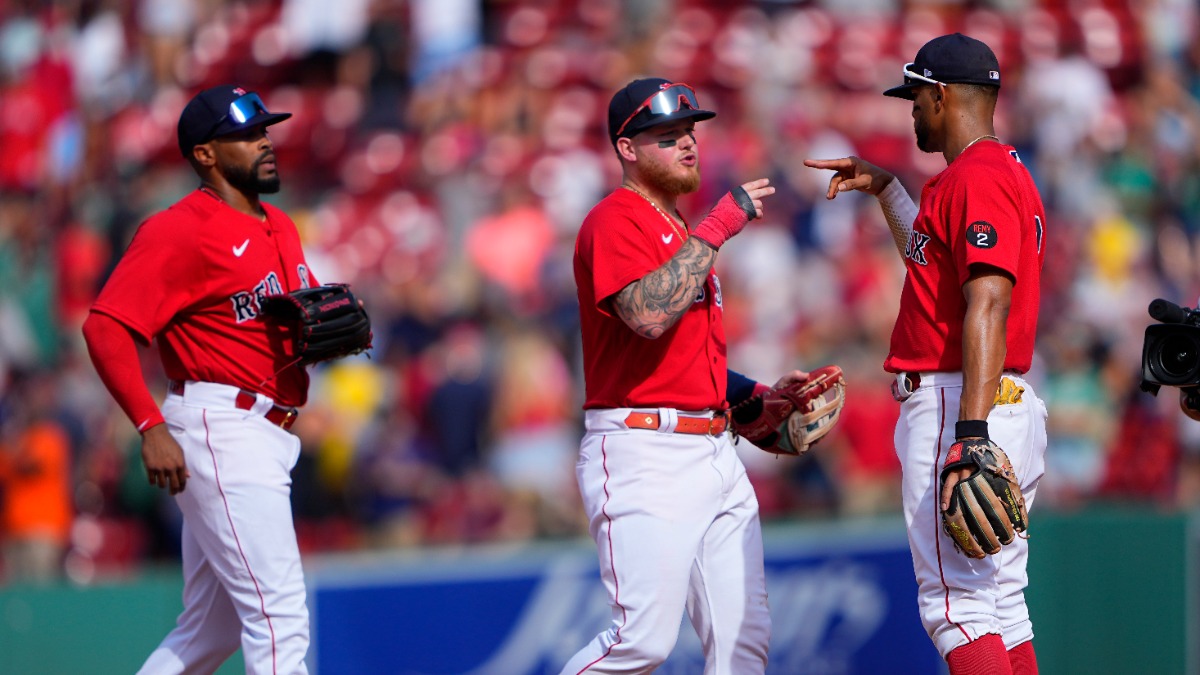 Boston now is 3.5 games back of a wild-card spot with the MLB trade deadline just 48 hours away.

Here are more notes from Red Sox-Brewers on Sunday:

— J.D. Martinez, who has been included in trade speculation, addressed the possibility of him playing his last game at Fenway Park while speaking with NESN’s Jahmai Webster after Sunday’s game. He shouted out the Red Sox fans, should it be the final time.

“I appreciate everything. I appreciate the love. Just, the constant energy every time you come in here,” Martinez said, as seen on NESN’s postgame coverage. “It’s something, if I do get traded, it’s something I’m definitely going to miss and I admire. These fans are as hard on me as I am on myself.”

— Martinez broke a 0-for-25 streak with a pair of doubles Sunday, including an RBI double during Boston’s five-run fifth inning. Cora was not surprised to see Martinez end the low streak, and is confident it’s the start of a something better.

“It was just a matter of time. He’s relentless, we know that,” Cora said of Martinez. “He put some good at-bats. One thing about him, regardless of what’s going on 0-for-22 or 10-for-22, he has this way of detaching the result from the process. He makes an out, he turns the page. He hits a homer, he turns the page. … Hopefully it’s the beginning of something great.”

— Josh Winckowski earned Boston its first win by a starting pitcher during the month of July. The right-hander allowed two runs on seven hits in five innings.

“It was good. His stuff was OK,” Cora said. “Like we talk about, you know, for him to go deep into games he has to be efficient. It’s not about strikeouts, it’s about getting quick outs, getting ground balls, and we did a good job behind him.”