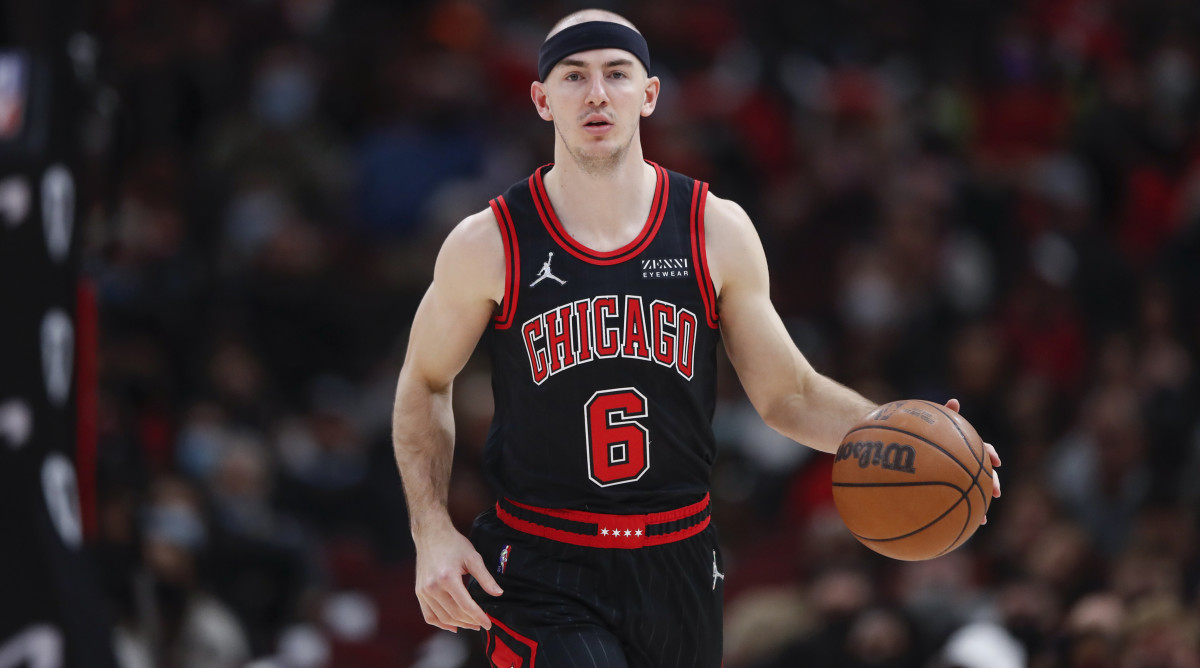 Bulls guard Alex Caruso said he was lucky to avoid serious injury after crashing to the ground during a flagrant-2 foul by Grayson Allen on Friday.

In the third quarter of the Bulls 94–90 loss to the Bucks, Allen was ejected from the game after he pulled Caruso out of his leap toward the basket during a fast break.

Replay video of the foul appeared to show Caruso’s head hit the ground after Allen swiped at Caruso after the initial contact, throwing Caruso off balance even further.

“Went up, was going to try to two-hand flush, a little dunk in transition,” Caruso said during his postgame press conference. “I didn’t really know what happened during the play.

“But afterward, looking at it, I mean, dude just grabbed me out of the air. Kind of bulls—. I don’t know what else you can do about it. I’m just glad that I didn’t have any major scary injuries right away.”

When asked how he was feeling after the incident, Caruso said his “wrist is a little banged up.” However, the guard said that the knock to his wrist may have affected his shooting after going 3-for-11 on the night.

“It kind of limited me shooting in the second stint when I went back in,” Caruso said, per NBC 5 Chicago. “I tried to step into them confidently. But the shooting wrist, sometimes it’s hard to play through those and shoot through those. But I tried to do my best to go out there and fight with the guys and compete and try to win.”