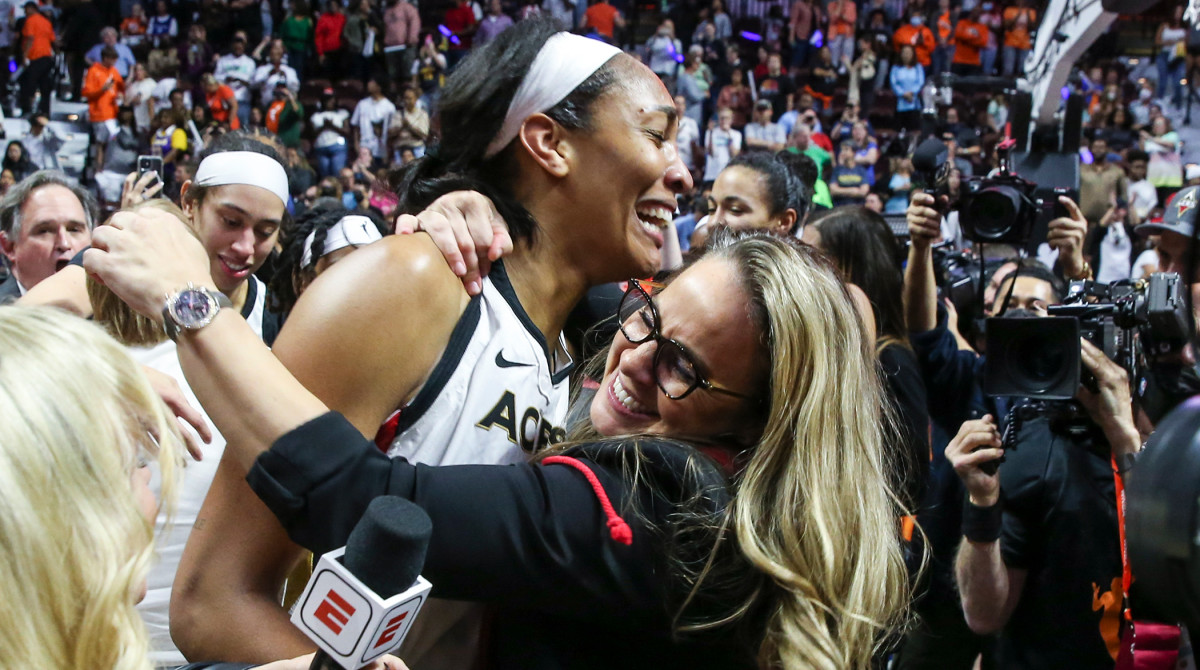 Las Vegas may be known as Sin City, and a mega party is coming to town at 5:30 pm PT on Tuesday.

A’ja Wilson seemed to channel a classic from LMFAO and Lil Jon when she made one request for fans after the Aces won their first WNBA championship on Sunday. “Vegas, you have to take four shots.”

Now you may be wondering about the underaged fans. Surely the 2022 WNBA MVP isn’t encouraging breaking the law?

Sunday’s 78–71 victory over the Sun marked the Aces’ first-ever league championship—and it happened to be in front of a sellout crowd of nearly 10,000, per Yahoo Sports.

The first half was rocky with both squads showcasing poor shooting technique as Las Vegas only made 33% of its shots compared to Connecticut’s 35%. The Aces led by just two points heading into halftime—a season-low for the team. Although the Suns rallied in the second half, they could not overcome the power of the Aces.

Wilson recorded a double-double of 11 points and 14 rebounds while Chelsea Gray, who was named WNBA Finals MVP, posted 20 points, five rebounds and six assists. “When you got a point guard like Chelsea Gray, I ain’t even worried about a damn thing,” Wilson said.

During the postgame press conference, Wilson emphasized that she doesn’t think people realize the magnitude of this victory. “This is huge so Vegas, turn up.”

In the words of Wilson, “be there or be square” but “if you ain’t four shots in, don’t come. Stay at the house. Children, drink some ginger ale.”