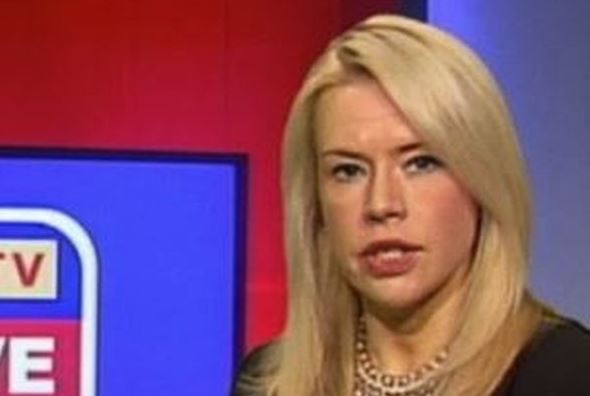 The popular Irish journalist, best known for her time at UTV, passed away following a terminal illness – just days after asking her fans to “say prayers for me”.

Aideen told her 16,600 Twitter followers on Tuesday that she had been unwell in hospital.

Sharing photos of her receiving a blood transfusion, she wrote: “Day 19 in hospital – say a wee prayer for me. Bleeding in stomach.”

Then three days later, she revealed she was “going home to die” as the treatment had not gone as hoped.

“So life has not gone well and I am as sick as I was as when I went in to hospital so essentially going home to die but getting palliative care,” she added.

“The kids know. If you ever come across them, will you an eye out for them, they are the kindest, sweetest most thoughtful kiddies.”

Exactly what Aideen was suffering from as not been disclosed.

She was flooded with messages from well-wishers after making the announcement, and tributes have poured in since her death.

Her former UTV colleague Rita Fitzgerald said: “Darling Aideen, I’m so desperately sorry to hear this. My heart is breaking for you.

“I will miss her terribly. We met 22 years ago when we shared a room for the summer in DC and became firm friends.

She later added: “Our time here on earth is done. I grieve for that.

“No more pain, or illness for you now. No more sorrow or trauma.

“The most beautiful, kind soul that life gave me the privilege of knowing. Our walks and talks, craic and fun.

“I hope we will meet again. Goodbye my friend.”

And Ken Reid, former political editor at UTV, tweeted: “Tonight the thought Aideen is no longer with us is just heart breaking.

“A decent soul who suffered too much. The news has stunned many of us.

“We all need to take care. God bless her. RIP.”

Aideen is survived by her children Jacob and Eva.