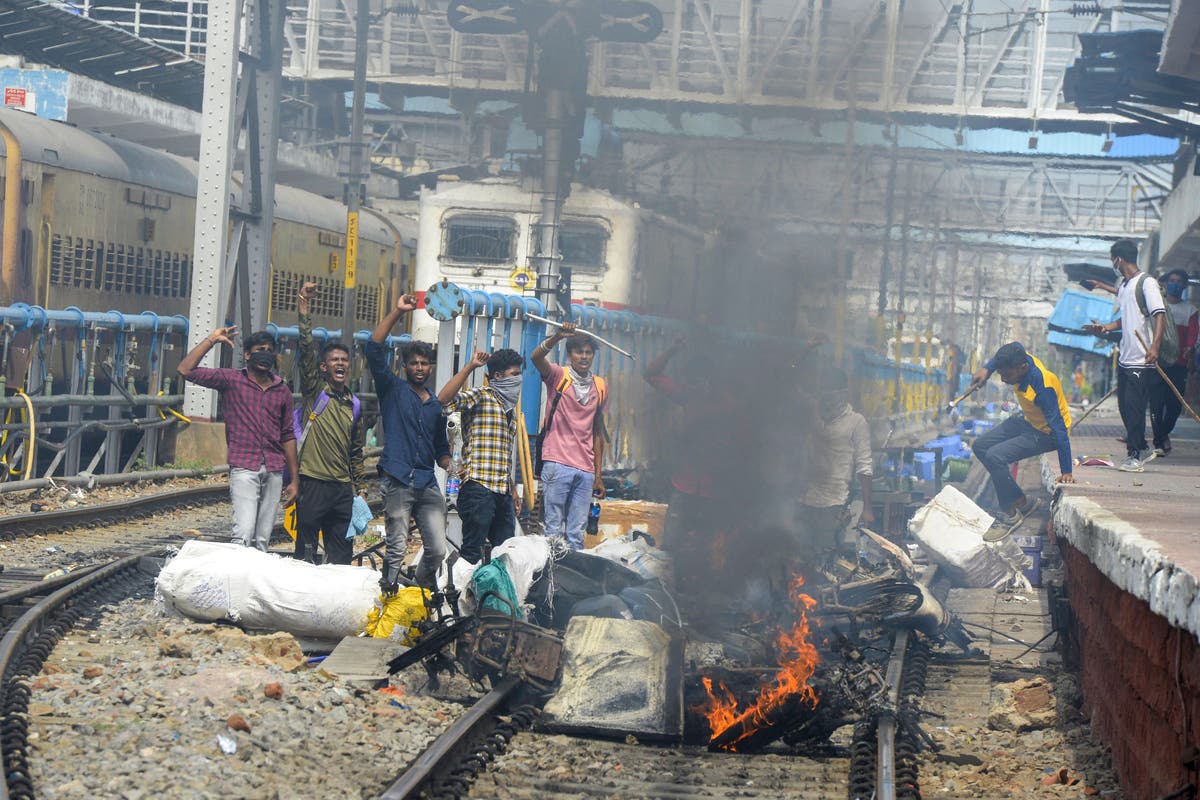 Indian authorities have suspended trains and internet services in several parts of the eastern state of Bihar after one person was killed during violent protests over recent reforms announced in the recruitment process of the armed forces.

The new scheme, called the Agnipath or “path of fire” system, will induct aspirants for a short-term four-year contract into three services – navy, airforce and army. On completion of this programme, only 25 per cent will be retained and the others will be released.

Touted by defence minister Rajnath Singh as a “major defence policy reform” to make the Indian armed forces more “battle-ready” and youthful, the move is aimed at cutting down ballooning pensions and salaries, which has been a long-pending issue for India’s 1.38 million-strong armed forces.