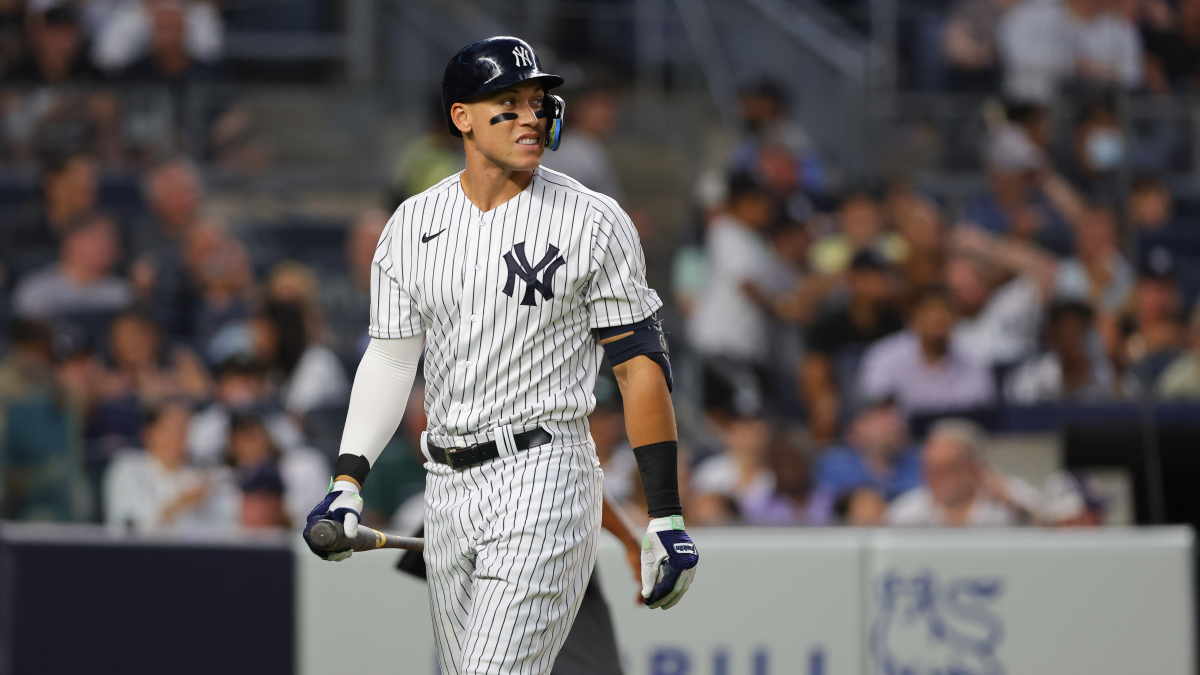 Aaron Judge delivered in another big moment with the game on the line for the Yankees. In a scoreless game in the bottom of the ninth inning, Judge blasted a walk-off solo shot deep into left-center to give the Yankees the 1–0 victory against the Royals on Thursday.

Judge notched his 39th home run of the season and now has the third-most home runs in a team’s first 100 games since 2000, behind Barry Bonds (42) homers and Luis Gonzalez (40) in ’01, according to ESPN Stats and Info. He has also recorded the third-most home runs by a Yankees player before August in a season, sitting behind Roger Maris, who recorded 40 in 1961, and Babe Ruth’s 41 in ’28.

The Yankees outfielder helped the team earn its 67th win of the season after dropping two games to the Mets in the Subway Series.

The Yankees return to action for the second matchup of a four-game series against the Royals on Friday.

For more New York Yankees coverage, go to Inside The Pinstripes.