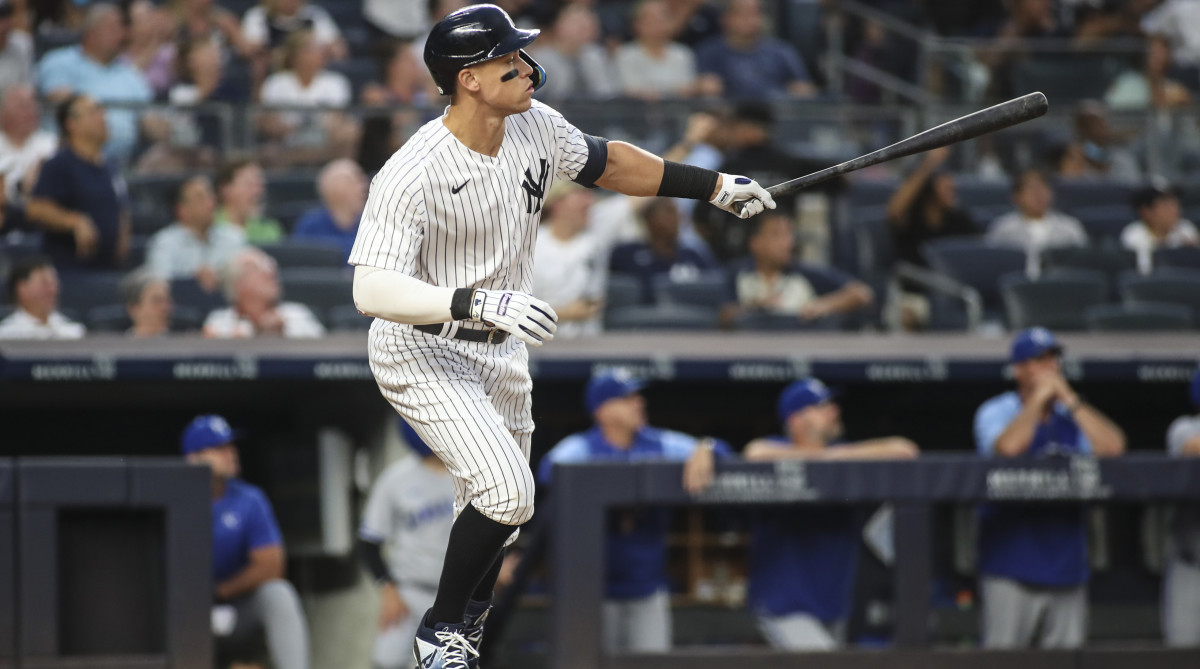 At 68–33, the American League-leading Yankees rolled over the Royals 11–5 on Friday behind another huge night at the plate from All-Star right fielder Aaron Judge.

Judge, who is an impending free agent this winter, is making his case to become one of the highest-paid players in the sport whenever he signs his next contract.

He crushed his 40th and 41st home runs on Friday night, with the second blast being a grand slam that blew the game open in the eighth.

With two more games remaining in the month of July, Judge is just one home run away from hitting the most round-trippers in franchise history before the month of August.

The Yankees continue to barrel towards the postseason as they look to win their first World Series title since 2009. If they do capture a championship this fall, their All-Star figures to be a big reason why.

For more New York Yankees coverage, go to Inside The Pinstripes.