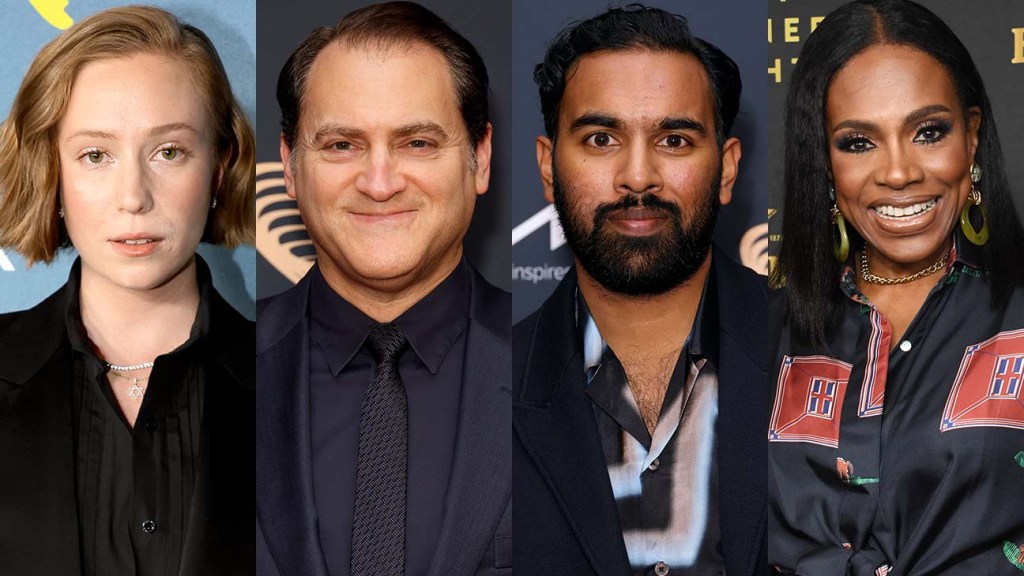 Viewers of the Primetime Emmy Awards will soon see something rolling across the screen during winners’ acceptance speeches — thank you text submitted in advance of tonight’s show.

The TV Academy offered nominees the chance to organize their thoughts and gratitude ahead of hitting the Microsoft Theatre stage as a way to allow winners the opportunity to “speak from the heart and not feel pressure to remember to say all those important names when you are in the spotlight giving your acceptance speech.”

In the lead-up to tonight’s show, The Hollywood Reporter polled nominees at red carpet events across town and found a variety of strategies from the field. Hacks star Hannah Einbinder revealed she submitted a link to information about an abortion pill in the wake of the Supreme Court’s controversial decision to reverse Roe v. Wade. “I feel like I wanted to use that space for something like that,” the best supporting actress in a comedy nominee said, “so I put a link.”

According to the official communication sent to nominees from the TV Academy, nominees were offered 350 characters to do with as they wished, “PG, obviously,” so it seems that links and statements like Einbinder’s would be fair game.

A Black Lady Sketch Show nominee Robin Thede said she submitted a list of names as well as jokes as as a way to mix it up while Abbott Elementary’s first-time nominee Sheryl Lee Ralph said her strategy was to give thanks to behind-the-scenes supporters who make the show happen. “I just wanted to make sure that I thanked everybody at ABC, thanked everybody at Warner Bros. and thanked everybody t Disney,” she explained, adding that she also gave shout outs to the writers and others behind-the-scenes. “It’s so easy to forget the people who literally support this show that are not seen.”

Station Eleven nominee praised the TV Academy for offering up the “good idea” as a new tradition. “It’s really nice,” he said. “Some of us may not be expecting to win and so, if by some miracle we do, you’re kind of off with the fairies a little bit. It’s good to have something in front of you just remind you of the people you really need to thank.”

Dopesick nominee Michael Stuhlbarg agreed. “As these awards events go, sometimes people don’t have as much time. I scribbled down as much as I could think of and sent it on its way.”

But not everybody got theirs done in time. “It’s a very good way to be organized and I didn’t do it,” laughed White Lotus nominee Connie Britton. Same for Yellowjackets star Christina Ricci.

“I am technically not savvy. You could hurt my feelings in a fight by calling me a Luddite and it would, it would cut deep. So, no, I’m not going to do that. I couldn’t get it together in time. I feel like that’s more of a day of thing where you could sit down and jot some notes down. I don’t know but I feel like it’s something my publicist would say I have to do but I don’t think I’m going to win so it’s fine.”