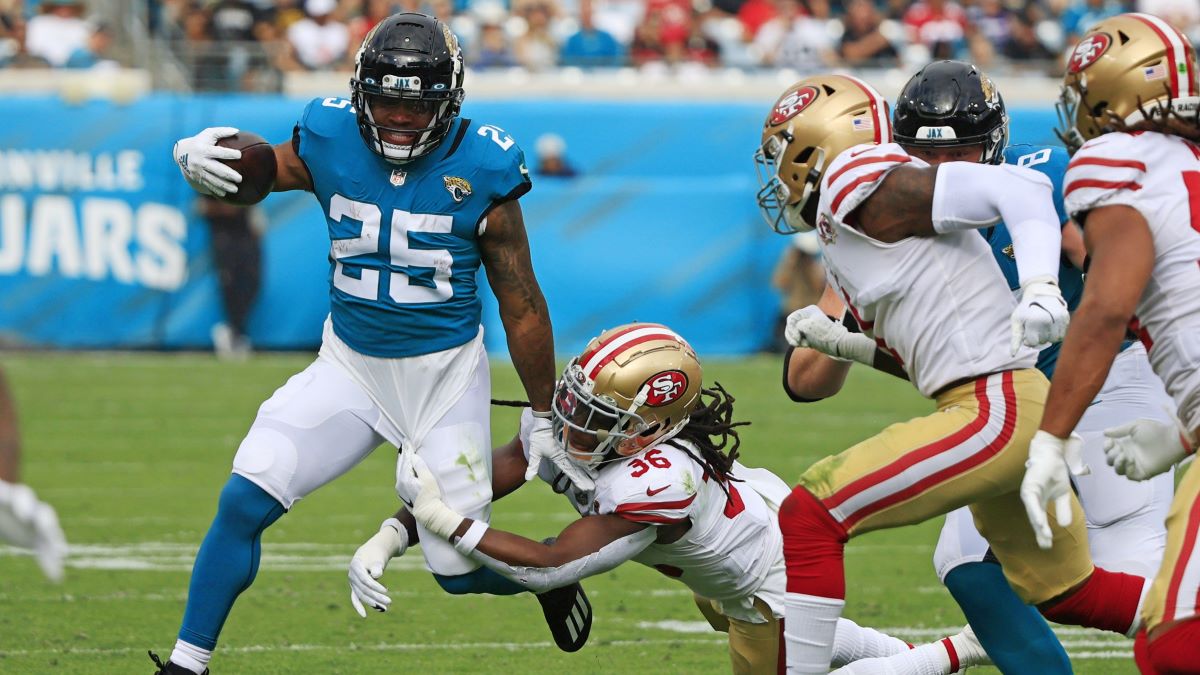 The best philosophy in fantasy football is to realize that you can’t win your league at the draft. However, some late-round values would certainly aid the cause.

Running backs are a position of depth in fantasy football given the amount of shared workload mounting injuries throughout the season.

Here are some underrated gems to look for in PPR leagues:

Alvin Kamara, New Orleans Saints
Kamara doesn’t scream “hidden gem” seeing as he’s a consensus late second-round pick, but he is being drafted later than he should be in PPR formats. The Saints running back has surpassed 80 receptions in four of his five seasons while averaging 1,500 yards from scrimmage and 13 touchdowns a season.

There’s a case to be made that he’s worth avoiding due to a potential suspension coming his way, but where he’s being selected in drafts indicates he’ll be a steal should he stay on the field. He’s currently listed as Yahoo’s RB13 in half-point formats, and is roughly a consensus RB9 with an average draft position of 18 in full-PPR. Given his prowess as a receiver, he could easily end up as a top-five back, something he’s done three times. His lowest ranking ever in full-PPR formats? RB9.

Ezekiel Elliott, Dallas Cowboys
It seems like there has been a bit of fatigue regarding Elliott in fantasy football as of late. With the NFL being so dynamic with new stars rising every season, people might just be a little too used to Elliott’s consistently elite production. It’s like watching Lebron James drop 40 points or Shohei Ohtani dominating as a two-way player. Fans just get used to watching greatness.

Elliott was the RB6 last season and currently has a consensus ADP of 29 as Yahoo’s RB15. His lowest season ever was the RB13 in 2017 (when he played 10 games) and he’s been a RB9 or higher in the other five seasons of his career. With Amari Cooper and Cedrick Wilson Jr. off the roster, there will be more targets to go around, and the 27-year-old back is more than capable of handling his own in the passing game.

His floor will be aided by a massive workload and his ceiling could be as high as RB1.

Chase Edmonds, Miami Dolphins
Edmunds could end up being one of those players who ends up on just about every championship roster this season. Despite being the top back on a Dolphins team adapting the Kyle Shanahan system — a system that aided the San Francisco 49ers campaign to lead the league in yards after catch in 2021 — Edmonds is being overlooked. The 26-year-old reportedly intended to sign with the Buffalo Bills before being pried away by his former offensive coordinator Mike McDaniel, who served him a two-year, $12 million contract.

The Dolphins’ new back has great hands and will now be featured in the most-prominent role of his young career. He’s currently listed as Yahoo’s RB30 but has a clear path to being a top 24 player at his position.

Clyde Edwards-Helaire, Kansas City Chiefs
Edward-Helaire has had a strange career on the surface but the context behind his first two years in the NFL indicates that he could be in for a breakout year in 2022. After finishing as the RB22 in his rookie season, the former first-round pick dropped all the way down the RB44. The sophomore slump was ominous until he revealed that he had gallbladder surgery last season that caused him to break camp at 160 pounds, 47 pounds lower than he’s accustomed to.

The third-year back is coming into camp much healthier and with plenty of target share open for grabs after the departure of star wide receiver Tyreek Hill. Jerick McKinnon could eat into the passing-down work but Edward-Helaire has plenty of room to far surpass Yahoo’s RB31 projection.

Kareem Hunt, Cleveland Browns
Hunt has been behind Nick Chubb for the last three seasons, leading football fans to forget that he was the RB4 in 2017 and has three finishes inside the top 11. Having Chubb in his way will make those rankings unrealistic (barring injury), but Hunt still has plenty of standalone value. Despite missing nine games, Hunt was the RB48 and could more than double last year’s result with a full season of health. He’s listed as Yahoo’s RB35 but has a very high ceiling should something happen to Chubb and can win weeks even with both backs fully healthy.

Tony Pollard, Dallas Cowboys
Pollard’s value is there for almost the exact same reasons as Hunt. He’s an exceptional running back that just happens to have an elite, established talent in front of him but still has standalone value with the potential to be a top 12 back should Elliott go down.

The 25-year-old back has provided plenty of juice in a limited role and will receive even more touches with Cooper out of the offense. Pollard had 39 receptions a year ago and could see a more involved role this season. He’s Yahoo’s RB39 after finishing as the RB28 a year ago.

James Cook, Buffalo Bills
The argument for Cook is more narrative-based than anything else but that will not matter if it comes to fruition. The Bills desperately tried to add a pass-catching back in free agency but came up short. The aforementioned pursuit of Edmonds fell just shy of working out. They also tried to bring in J.D. McKissic, who reportedly agreed to sign in the legal tampering period and then pivoted to re-sign with the Washington Commanders. Now, Bills general manager Brandon Beane believes Cook can fill the role that Buffalo clearly has big plans for. It might take some time, but Cook could surpass his RB38 ranking on Yahoo by the end of the season.

Alexander Mattison, Minnesota Vikings
Mattison does not have the standalone value of the rest of the players on this list, but he is the second-string running back behind Dalvin Cook in a system that relies on a heavy carry count from their primary ball carrier. Betting on Mattison late is betting against Cooks’ health. It might feel immorally wrong to do so, but the superstar back has yet to play a full season in the NFL entering his sixth season.

If Cook does go down, Mattison immediately becomes a weekly start. Taking a player who can be 70% of Cook should an injury occur with a consensus ADP of 118 is quite intriguing. He also falls into the must-have category for any Cook owners, as one of the best insurance policies in the league.

James Robinson, Jacksonville Jaguars
Robinson is receiving no love from draft analysts despite rushing for 1,070 yards as a rookie in 14 games as an undrafted free agent and then rushing for another 767 yards in his sophomore season with arguably the worst coach of all time in Urban Meyer leading the charge.

Yes, Travis Etienne Jr. enters camp with a first-round pedigree and is expected to get the bulk of the workload. However, it’s important to find value late in drafts, and Robinson happens to be a very good all-around football player. It’s hard to imagine new head coach Doug Pederson — a coach known for using running back carousels while with the Philadephia Eagles — giving Etienne a massive workload immediately upon return from a season-ending foot injury. If the workload is more of a 50/50 split, Robinson will have immediate value with possible goalline work and the potential to be a top 12 back should Etienne re-injure himself. Yahoo currently has Robinson as the RB42.

Kenneth Gainwell, Philadelphia Eagles
Gainwell had an impressive rookie season behind Miles Sanders and could earn a larger workload in his second season. He caught 33 receptions on 50 targets and will be a solid depth option for PPR leagues. Typically pass-catching running backs on teams with mobile quarterbacks do not receive the same workload as their peers, but Hurts has dumped the ball off plenty and should continue to do so on a much-improved offense with more scoring opportunities.